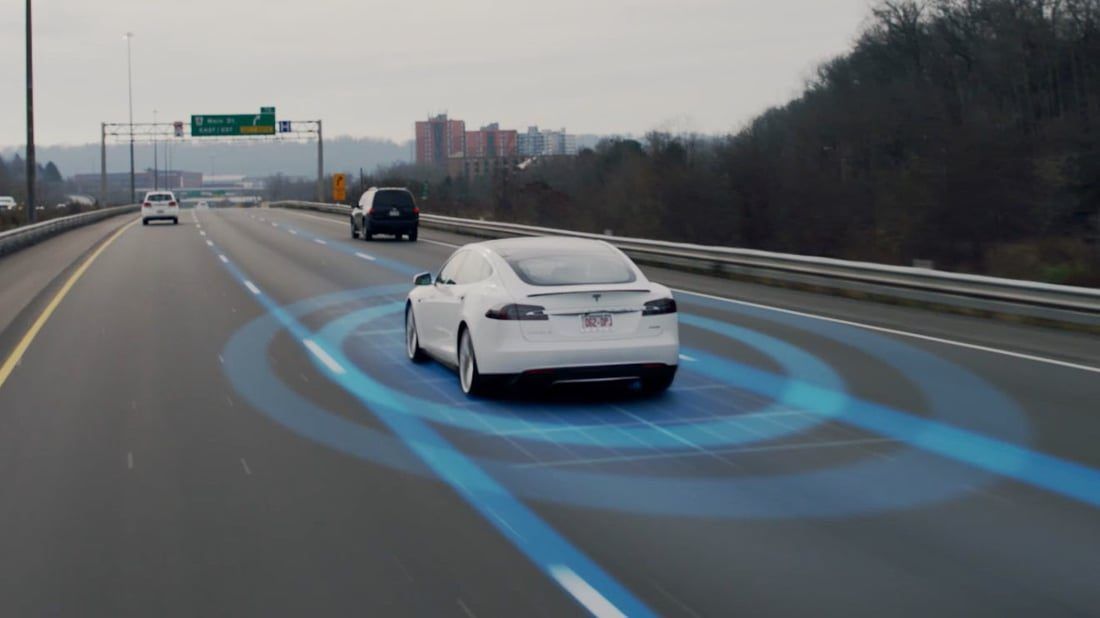 Tesla calls the combination of different driver assistance systems also autopilot. Since the system is constantly being developed further, there are now several versions. The autopilot difference is the hardware installed in the Tesla vehicle, the installed software version, as well as the possible range of functions. Starting from October 2014, all Tesla vehicles were equipped with autopilot hardware. With the purchase of the vehicle you can decide whether further software options are unlocked against surcharge. Of course, a software option can also be purchased later at any time for an additional charge.

Comparison of the autopilot versions

The following table shows the difference in features between the Tesla Autopilot versions:

These vehicles have only a simple cruise control. The cruise control can maintain the set speed. However, it does NOT control the distance to the vehicle in front. This is identical regardless of the autopilot hardware installed and therefore affects old and new vehicles alike. However, the autopilot safety functions such as automatic emergency braking, warning of front collisions and side impacts will be standard equipment in vehicles from October 2014, despite the absence of an autopilot.

The “Autopilot” (2019) option is included free of charge for vehicles from around mid-April 2019. However, the range of functions has been reduced compared to the previous “enhanced autopilot” (EAP) option, as some functions have been moved to the chargeable “full self driving” (FSD) option. The feature difference between Tesla Autopilot and FSD is likely to grow in the future. More about FSD here.

Those features do NOT work for the three vehicle variants without autopilot listed above.

Origin of the Tesla Autopilot and difference

AP1 is the first generation of the Tesla Autopilot. The hardware for AP1 was installed in the Model S and X vehicles from October 2014 to October 2016. It was not originally developed by Tesla, but by the company MobilEye under the EyeQ3 system. The hardware is based on a black and white front camera, ultrasonic sensors and a radar in the front. Due to the lack of all-round visibility, there is inevitably no 360° view with cameras. Fully autonomous driving will never be possible with this hardware. The AP1 is so far the only autopilot in Tesla vehicles that has traffic sign recognition. A subsequent activation of this autopilot option in a vehicle with installed AP1 hardware costs 3100 EUR.

Vehicles with AP1 are still being supplied with software updates. However, not much will change in the autopilot system anymore as Tesla continues to develop the autopilot software only with the  newer autopilot hardware versions. Model 3 with AP1 hardware does not exist, because Model 3 will be built only since 2017.

AP2 is the second generation autopilot hardware. This option is also known by Tesla as the “Enhanced Autopilot” (EAP). The hardware for AP2 has been installed in the Model S and X vehicles from October 2016 until about August 2017. The hardware was developed by the company Nvidia. Compared to the AP1, the computing unit of the AP2 has 40 times the computing power of its predecessor.

This hardware version of the autopilot has 8 cameras with RCCC color filter to display a 360 degree view around the vehicle. Improved ultrasonic sensors and a radar in the front supplement the information from the camera images. Model 3 vehicles with AP2 hardware do not exist, as Tesla had started to install only AP2.5 hardware in its newly built cars before the production start of Model 3.

Tesla develops the software for the AP2 hardware itself. However, the move away from the AP1 supplier MobilEye significantly slowed down further development of the autopilot in 2016 and 2017. Even basic functions had to be completely reprogrammed for the new hardware.

This is the revised version of AP2, which is abbreviated to AP2.5. The hardware for AP2.5 is installed in the Model S, X and Model 3 vehicles between about August 2017 and April 2019. The hardware was also developed by Nvidia and is a further development based on the AP2. The difference to the AP2 is a bit more computer power, additional redundant cabling, a different front radar and better cameras. AP2.5 is not a completely new design, but an optimization of the AP2. The AP2.5 hardware uses cameras with RCCB. 8 filters, while AP2 still uses cameras with RCCC filters.

Tesla now calls AP3 also “FSD Computer”. The AP3 differs from the AP2.5 only in its computing unit. Cabling and cameras are identical to AP2.5. The computing unit was developed by Tesla itself with specially designed AI processors on a completely new base. The performance of the AP2.5 could process about 110 video frames per second. With the AP3 processing unit it seems that the processing of 2300 frames per second is possible. This is a factor of 21! Many technical details here in the Autonomy Day Video from April 2019.

An exception seems to be the Model 3 with Standard Range Plus. Only vehicles for which FSD has been ordered from the beginning will most likely be equipped with the AP3 computer ex works. It currently looks like Model 3 with Standard Range Plus and without ordered FSD will be delivered to Europe with AP2.5 hardware only during Summer 2019. Note on this in the TFF forum.

The AP3 hardware will be offered in the future as an upgrade for vehicles with AP2 and AP2.5. Since the computers are easily exchangeable, an upgrade is only a short time consuming process. Elon Musk has already mentioned several times on Twitter that buyers of the software option “Full self driving” (FSD) will receive the AP3 hardware for free: 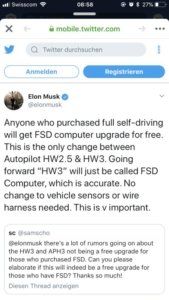 Tesla is offering also a paid upgrade from an older MCU to MCU2.

How can I tell which autopilot hardware is installed in my Tesla?

Since the software update 2020.4, “Additional vehicle information” is also displayed in the vehicle settings under “Software”. There you will also find a note about the installed autopilot hardware.

More details about the Tesla Autopilot 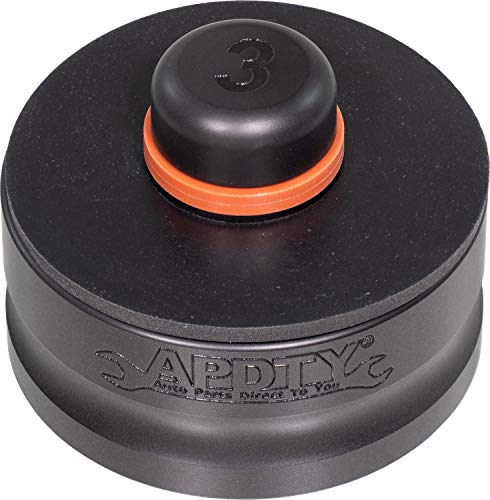