Tesla is offering a retrofit CCS Adapter for Model S and Model X. CCS is now the standard for electric car fast charging connectors in Europe. However, Tesla had relied on the Type 2 plug from the very beginning in Europe. In a modified version of the Type 2 plug, it allows charging with alternating current as usual and charging the battery also with direct current via the same plug type without an adapter on the supercharger. This is possible because Tesla works with a different assignment of the contact pins of the same car socket.

After the German automotive industry announced that it would use CCS as the standard in the future, Tesla also launched the Model 3 with CCS. However, Model S and Model X are only equipped with a TYP2 plug without CCS and therefore cannot be charged at charging stations with CCS. 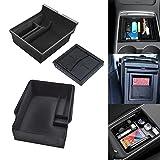 So Tesla had announced a CCS adapter for Model S and Model X at the beginning of May 2019. It costs about 180 EUR. For vehicles built before May 1, 2019, a modification on the vehicle is also necessary for 500 EUR (this price also includes the adapter). For new cars the conversion is no longer necessary and the adapter is included free of charge. Update from 3rd August  2020: The conversion has become cheaper. In Switzerland, it costs only 297 CHF.

Important for owners of older vehicles in Europe: without the CCS adapter you cannot charge at the new Supercharger V3 charging stations. There is no second typ 2 cable at these stalls. The navigation system in the affected vehicles does not display such superchargers. This is to prevent accidentally driving to such supercharger locations and then not being able to charge your car. Simultaneously it is also a good test whether a vehicle has already been converted for the CCS adapter because older vehicles not only need the adapter but also the conversion. If you see the V3 Supercharger in the navigation system, the vehicle is ready for CCS charging. V3 Superchargers are marked with 250 kW at Supercharge.info.

Tesla has published the user manual for the CCS adapter here. 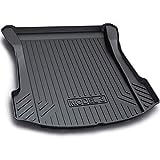