Not all Tesla models charge at the Supercharger with the same speed. The charging time differs in the battery capacity and the cell type used in the Tesla batteries. Tesla used to name its vehicle models after the corresponding battery capacity in kWh. Model S100D, for example, stood for a Model S with 100 kWh battery capacity and four-wheel drive (D for dual motor). Or Model S85 for an 85 kWh Model S with rear-wheel drive. Tesla has changed this and since about the end of 2018 only distinguishes the small battery pack with the name “standard range” and the large battery pack with the name “maximum range”. 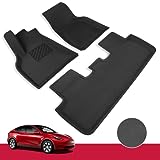 Due to technical development, there are historically numerous vehicle configurations with different battery capacities. Since also all-wheel or rear-wheel drive, as well as the size of the rims have an influence on the range, all these configurations differed in maximum range. Of course, other factors, such as the driven speed, also have an influence on the range. Read more about Tesla range comparison between Model S and Model X.

The battery capacity also has an influence on the maximum possible charging speed at the Supercharger or other fast charging stations. This affects the total Tesla charging time spent. In simple terms: the greater the battery capacity, the more individual cells are contained in the battery pack. The charge current is therefore distributed over more cells in a large battery pack than in a smaller battery. A vehicle with a 100 kWh battery can therefore be charged with a higher charge current than, for example, a 75 kWh vehicle, although the load on the individual cells is identical during charging.

Another difference is the type of battery cell, or rather the cell chemistry and substances contained in the cells. For the Model S and Model X, Tesla uses cells of type 18650 from Panasonic. For the Model 3, however, Tesla uses the newer 2170 cells with a more modern cell chemistry. Advances in development have resulted in Model 3 cells being able to be charged at higher charge currents.

The website “teslike.com” publishes a regularly updated overview of the supercharging time for the various Tesla models and their battery types. Listed are among others:

Link to the table: https://teslike.com/range/ (on the website the values in kilometers are a little further down).

Read the following Article for more information about charging a Tesla as a tenant at home. 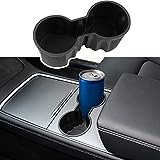