The Tesla Model S has been sold in different versions with different battery sizes since 2012. Due to the rapid development of battery technologies, Tesla has changed production several times and discontinued some variants with smaller battery packs. If you want to buy a used Model S, you will quickly lose track of which vintage and which battery capacity was used. The following table shows an overview of the production periods of the Model S, accurate to months. 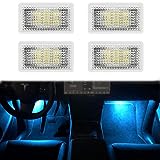 From April 2016, Model S was produced with a facelift design.

The Model S “standard range” is actually an S75D, which was produced under this name for a short time. But since March 2019, it is no longer produced.

To keep production costs as low as possible and to optimize processes, Tesla has probably reduced the number of Model S variants again over the years. At a certain point it was obviously more important to be able to produce even more efficiently. Furthermore, the “small” battery variants of the Model S were probably also sold with a smaller margin, which was less lucrative for Tesla eventually. Since the Model 3 has been sold in the price segment between 40,000 USD (60,000 EUR) there is only a Model S with a 100 kWh battery in the “maximum range” and “performance” versions available. But soon there will be probably a newer variant with higher capacity presented. It looks like the “Plaid” Version will get more capacity.

The difference between the capacity built into the battery and the effectively usable capacity differs depending on the battery type. When choosing a used car, this can be an important reason for decision, besides the degradation of the battery. Read more information about this in this post. 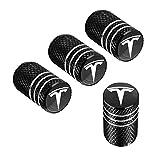