This article summarizes information about the reduction of the DC fast charging speed after a certain amount of charged DC power at the Tesla Supercharger or other DC current sources.

Only Model S and Model X vehicles with a newer cell chemistry seem to be affected. These are confirmed to be the battery types: 75 kWh and 90 kWh. Model 3 vehicles are not affected. The Model 3 battery is based on a different cell chemistry. Also, the old Model S and X vehicles with 60, 70 and 85 kWh are not affected because they are still based on the old cell chemistry. The “Raven” models of the Model S and Model X, which will be available from spring 2019, do not appear to be affected either. However, there is no long-term experience yet.

Bjørn Nyland explains in this video that the batteries are programmed to gradually reduce the charging power after 2625 DC charged kWh. After 13125 kWh which DC has been charged, the maximum throttling has been reached.

Update from June 22, 2019: Meanwhile the Tesla with 85 kWh battery seems also to be affected by a charging speed reduction since software version 2019.20.1. It is suspected that this has been changed to protect the battery, which annoys many owners of these vehicles. 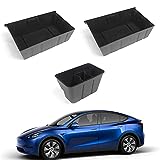 100 kWh battery: This type of battery also seems to be affected. From 150 kWh the maximum power is reduced to about 106 kWh. Only the Raven vehicles are not affected yet.

The comparison of two such charging processes is shown very well in this YouTube video by Bjørn Nyland.

Official statement from Tesla about the reduction in DC fast charging

Tesla has commented on the subject as follows:

Does Supercharging affect my battery?
The peak-charging rate of the battery may decrease slightly after a large number of high-rate charging sessions, such as those at Superchargers. To ensure maximum driving range and battery safety, the battery charge rate is decreased when the battery is too cold, when it is nearly full or when its condition changes with usage and age. These changes in the condition of the battery may increase total Supercharger time by a few minutes over time.

This has a very unfavorable effect on Tesla drivers who often charge with CHAdeMO adapters. CHAdeMO means direct current charging with maximum 45 kW. This charging capacity seems to be less problematic for the battery than supercharging with higher speed. But since it is direct current, the internal counter for “kWh charged via direct current” still increases.

It definitely makes sense to preserve the battery favoring its longevity. Three to five minutes longer waiting time on the Supercharger should not be a problem as a rule. Ultimately, the sustainability of resources is what counts most in an electric car. However, it’s not known to what extent Tesla might limit the fast charging capabilities in the future, as they apparently already did with the 85 kWh battery. To risk a high degradation of the battery already after a few years is not reasonable. Unfortunately, it is a pity that CHAdeMO charges apparently also have a negative effect, even though this probably only affects a rather small proportion of Tesla drivers.

This whole topic is also extensively discussed in the TMC forum. 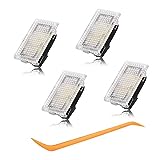