I do some long-distance trips with my Model S several times a year. But I regularly hear the following or similar arguments when I talk to someone about electric driving when it comes to the topic of long-distance trip planning with a Tesla:

“Electric cars have too little range. They’re only good for commuting and city driving. And anyway: who wants to wait hours on the road until the batteries are full again? So if you want to go on holiday by car, you need a petrol or diesel engine as a second car. To own only an electric car is not possible!”

These are common prejudices, but they are far from reality. Yes, small electric cars have a lower range, which is usually not more than 200-300 km per full battery charge. However, Tesla’s vehicles have a range of about 350 to 550 km per battery charge, depending on the model, and you can easily cope with that. How? I explain this in this article. You might think now: “Only 500 km? With my diesel, I can go much further on one tank of gas. You’re right, of course. But travelling in a Tesla is much more comfortable than most people think. Even Audi as a classic combustion engine car manufacturer uses this video to advertise against the negative prejudices about electric mobility. The rethinking is just beginning.

How long do the charging pauses last?

Thanks to the Tesla Supercharger Network, the battery can be recharged to 80% in about 30 to 40 minutes on long-distance trips. This amount of power is then sufficient to continue driving until the next Supercharger. So, you take a break of 30 minutes approximately every 300-400 km, which increases the total travel time a little, but experience shows that you reach your destination much more relaxed. And be honest: who drives 800 km unceasingly? Everyone needs food and toilet at some point. Traditionally, you will soon notice that the Tesla charging breaks on long distances don’t seem very long to you because unlike when filling up the tank, you are not busy charging the vehicle, but do other things. If you also take a break from time to time, you drive more concentrated and tire less quickly. This video from Tesla shows very nicely how the navigation system automatically calculates and displays the locations for Supercharging.

The following example of a journey from Basel to Hamburg shows how important the loading breaks are in terms of time. Google Maps calculates about 7 hours without traffic jams for these 800 km without breaks. If you now calculate the journey with a Tesla Model 3 Long Range, the journey time with three charging breaks looks as follows:

Example of a abetterrouteplanner.com Route calculation

This calculation comes from the free travel planner “A Better Routeplanner“. On this website, trips with electric cars can be calculated. The necessary charging stops are calculated automatically and you get an approximate impression how much time you have to plan. In our example, the pure driving time takes about 7 hours and the charging breaks total about 1 hour 15 minutes. Thereby, three breaks of different duration are scheduled. But as the fast charging stations are mostly located at car parks, one could also afford a shorter additional stop at a supercharger to stretch one’s legs without losing much time.

Admittedly, the calculation values also depend on other factors such as wet road (due to rolling resistance), temperature (due to additional power consumption by heating and cooling) or the vehicle model. This example shown is a very optimal example, as temperatures of 20 degrees, dry roads, maximum 150 km/h and the all-wheel drive Long Range Model 3 with a very high range were calculated. These parameters can all be configured in the calculation. But just try it yourself and calculate a few example rides to get a feeling for how long the breaks are. This tool is also useful if you are very safety conscious and want to confirm charging locations in advance when planning a Trip with your Tesla.

I’m planning a Trip with my Tesla to a remote area. Are there enough charging stations?

Tesla is the only electric car manufacturer to have a large comprehensive network of its supercharger fast charging stations throughout Europe. More locations are added every month. In addition, thousands of hotels offer a so-called “Destination Charger” charging station. There you can comfortably charge the battery of your Tesla overnight, usually even free of charge. Even if you arrive at the hotel with a flat battery, you can drive on the next morning unceasingly for the next 400-500 km. This is actually even more convenient than a petrol or diesel.

The current overview of Supercharger and Destination Charger locations can be found here. At the bottom of the map you can show or hide the different charging station types. Since the Tesla charging stations come from the same manufacturer as the vehicles, handling is very straightforward. You simply plug in the charging cable and the vehicle will charge. No activation of the station with any charging cards, no roaming fees for billing, no need to bring your cable. Even the currently free number of charging stations at a supercharger location is displayed live on the Tesla’s navigation system.

Planning a long-distance trip with a Tesla is complicated, isn’t it?

Entering a destination in the navigation system is as easy as displaying a route on your mobile phone with Google Maps because the navigation system in the Tesla is based on Google Maps. You only enter the destination, the computer calculates the rest and shows you the planned charging breaks and locations immediately. It looks something like this:

Example of a route calculation with a Model S 75D (Battery was not full during calculation, therefore the journey takes a little longer).

I want to go 200 kilometers an hour. But then the Tesla battery is immediately empty!

You are right! Speeds above 160 km/h are really high on consumption, i.e. the battery is empty faster. But this is not a phenomenon of electric cars. Petrol and diesel engines also need more fuel at high speeds. It just doesn’t stand out because the combustion engines are so inefficient that even when driving slowly, they let most of the energy contained in the fuel go unused.

Finally, in Germany it is (still) up to each individual to decide whether he wants to risk his life and the lives of his fellow human beings by driving at unlimited speed on highways, or whether he wants to arrive at his destination relaxed and at a slightly lower average speed. On the Internet you can find numerous providers who rent out Tesla’s. Just try it: rent a vehicle for the weekend and take a trip and you will find out detailed planning is not needed with your Tesla.

More information about long-distance travel with a Tesla can be found in numerous reports on YouTube. From trips to the North Cape and North Africa, everything is included. 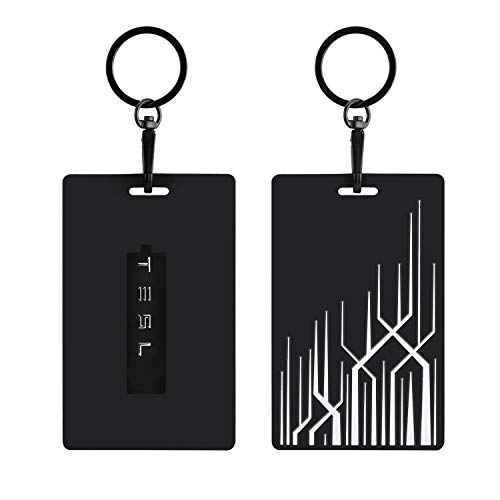